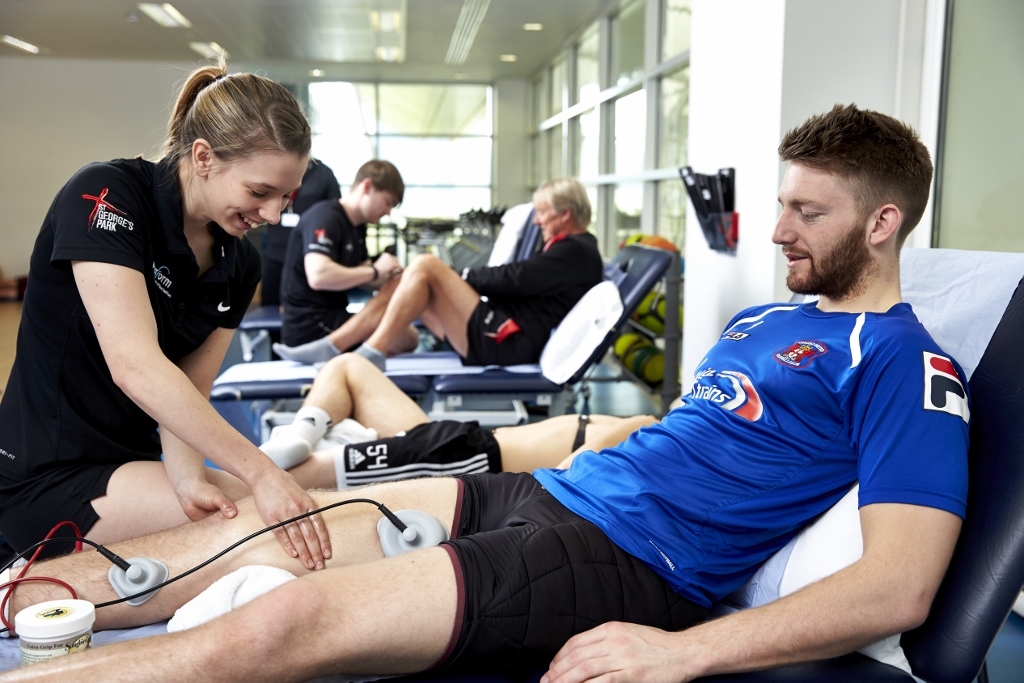 There are several muscles in the shoulder region: the serratus anterior, deltoid, pectoralis major, latissimus dorsi and trapezius. The trapezius moves the shoulder blade, or scapula, which is the medical name, and is part of what makes its wide range of movement possible. Its upper fibres are used to elevate the scapula as when a sports person shrugs their shoulders. The middle fibres of the trapezius contract when the sportsperson squares their shoulders and the lower fibres of the muscle rotate the shoulder blade upwards when one reaches for a ball for example. The work of the trapezius muscle in raising and retracting the shoulder blade is helped by the levator scapulae and rhomboid muscles, which are located just underneath the muscle. Sports first aid for injury to the muscle involves the RICER method.

The application of an ice pack reduces swelling and is usually applied immediately and continued at intervals during the first forty eight hours. Once the initial swelling has subsided heat can be an effective treatment as in relaxing in a hot bath or Jacuzzi. Some doctors may prescribe anti-inflammatory medication. Certain exercises are advocated – shrugging the shoulders and rolling them backwards and forwards, turning the head to the right side as far as possible and then turning the head to the left side as far as is possible, and holding these positions for thirty seconds and subsequently relaxing. If the injury is severe sports supports in the form of shoulder braces may be necessary.