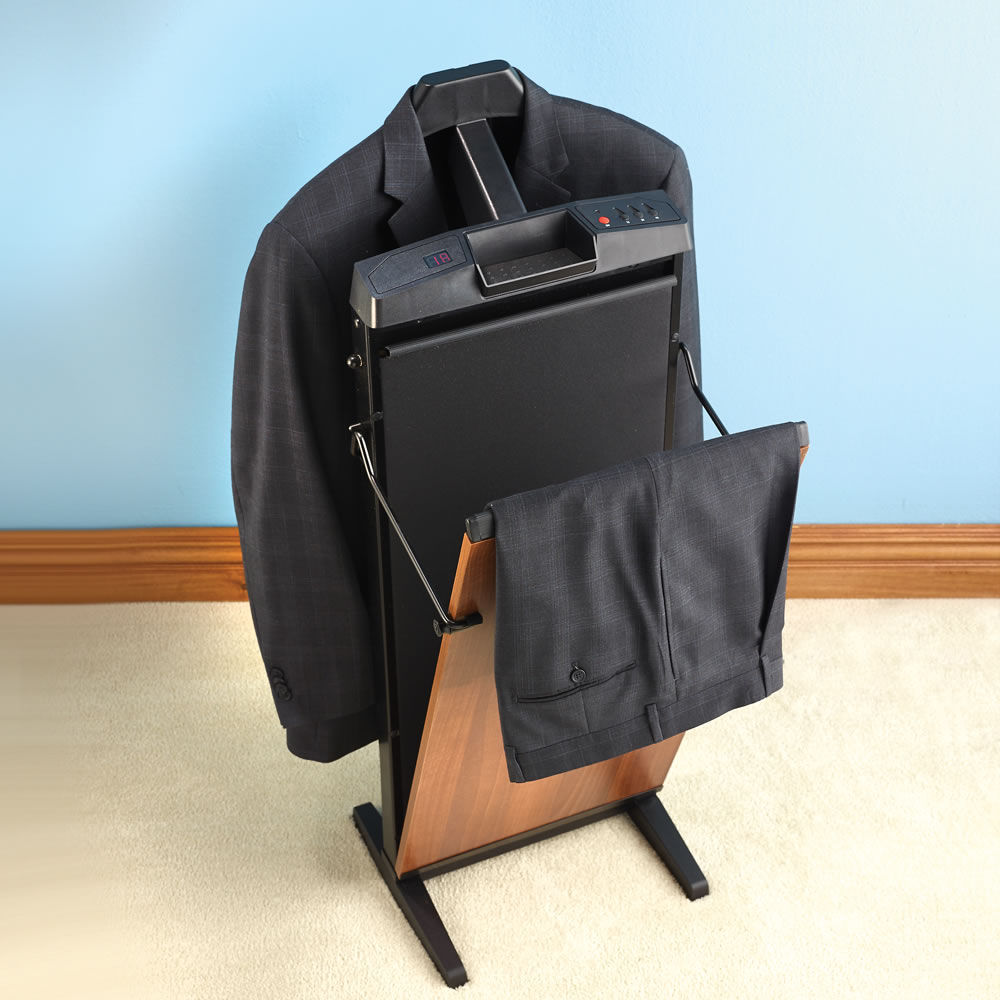 A trouser press is a machine that is designed to iron trousers perfectly. It is usually found in hotel rooms which business men frequent.

The idea of a trouser press is that you take off your trousers at night, smooth them out and arrange them so that the crease is in the right place. Then put them carefully into the trouser press and switch it on. You leave them there for 15 to 45 minutes. The two heated plates in the press heat up slowly and the creases in your trousers drop out and the crease down the front and the back is once again crisp. It does so without overheating the fabric, which is what causes suit trousers to go shiny.

Only the bottom two thirds of the trousers actually fit into the trouser press because those are the areas that suffer the most creases. The back of the knee, in particular, becomes creased on many suit trousers.

Who Needs a Trouser Press?

Most businessmen who wear a suit have used a trouser press at some stage. Until fairly recently the cost of a trouser press prevented many men from buying them for their home. Now that the price has come considerably down more and more men are buying them and using them at home. The ability to wear the same suit several days of the week saves you a lot of money in the long run. You have to own less suits and save on dry cleaning bills.

It is a fact that well groomed people get noticed in an office environment and make a much more positive impression. This means that owning a trouser press could even help you to secure a promotion.

Look for a trouser press that suits your lifestyle. If you are always in a rush look for a press that will smooth out your trousers in 15 minutes rather than 45 minutes. If you like to iron the tops of your trousers too, look for one that incorporates an iron and ironing board as well.