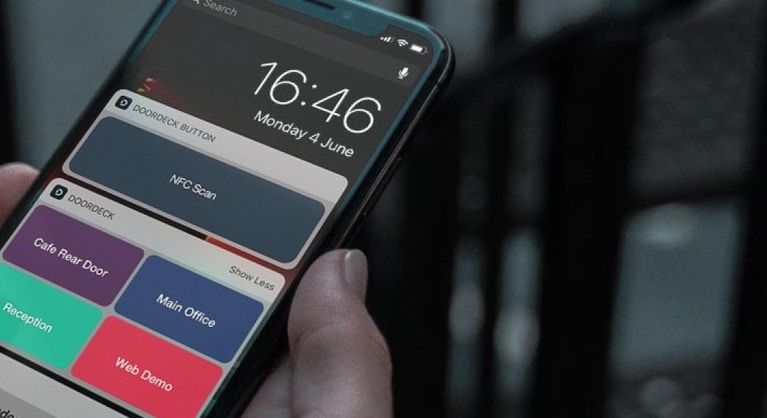 Access Control System, as a technology, has been in the global market for a while. But in recent times, several tech companies associated with the research, development, fabrication and supply of intelligent security solutions like ACS (Access Control System) are adding unique, safe and modern features like cloud control and remote surveillance.

The result is widespread adoption of NFC access control systems among the common masses and entrepreneurs.

One such tech company repositioning the image of smart access control solutions is Doordeck. It is a UK-based company associated with the research, development, fabrication and supply of security solutions like cloud-based access control systems.

So what makes NFC access control systems from Doordeck so unique?

The NFC unlock solutions offered by Doordeck supports interoperability. All solutions provided by the UK-based company promote updates of outdated access control hardware by making them compatible with the brand’s NFC technology.

What is the benefit of updating an existing door entry system?

The answer is simple – to minimise e-waste and repurpose existing technology so that they comply with modern security and quality standards.

What is the difference between NFC and Bluetooth?

NFC or Near-Field Communication is the umbrella term for a range of communication protocols followed by electronic devices communicating with one another over very short distances [(+-) 4 centimetres].

On the other hand, Bluetooth is a wireless technology that electronic devices use to transmit data using UHF radio waves whose frequency lies in the range of 2.402 to 2.48 GHz. A substantial Bluetooth connection range is (+-) 33 feet.

What are the uses of NFC and Bluetooth?

The applications of NFC technology are as follows –

The applications of Bluetooth technology are as follows –

What are the working principles of NFC and Bluetooth?

So how does NFC work?

NFC uses magnetic fields emanating from the magnetic field detector installed inside an NFC compatible device. The process activates as soon as the device is in proximity to the NFC tag. As soon as the process starts, a small electric current passes through the coil inside the NFC detector that allows data transmission from the NFC tag to the device.

Why Doordeck use NFC technology instead of Bluetooth for its access control products?

The NFC access control systems offered by Doordeck in the form of smartphone door entry system and related smart access control solutions are closed-loop as they use Doordeck’s proprietary cloud infrastructure.

Furthermore, contactless NFC security solutions like Doordeck’s NFC tile works in tandem with the proprietary access control software of Doordeck. So, for example, when a Doordeck customer wants to unlock a door with a phone running iOS or Android, they would have to use the access control app provided by Doordeck instead of establishing an open-loop connection with the ACS installed in their property using Bluetooth.

Doordeck is the logical answer for anyone on the hunt for impenetrable access control systems that can fortify their home or their place of business. Furthermore, the overall reputation of the brand and the quality of its after-sales assistance are impeccable as well. Hence, adopting NFC-based access control systems from Doordeck is a wise way. For more details, feel free to get in touch with the spokespersons of Doordeck by calling 020 3434 1020 or by sending an email at info@doordeck.com.